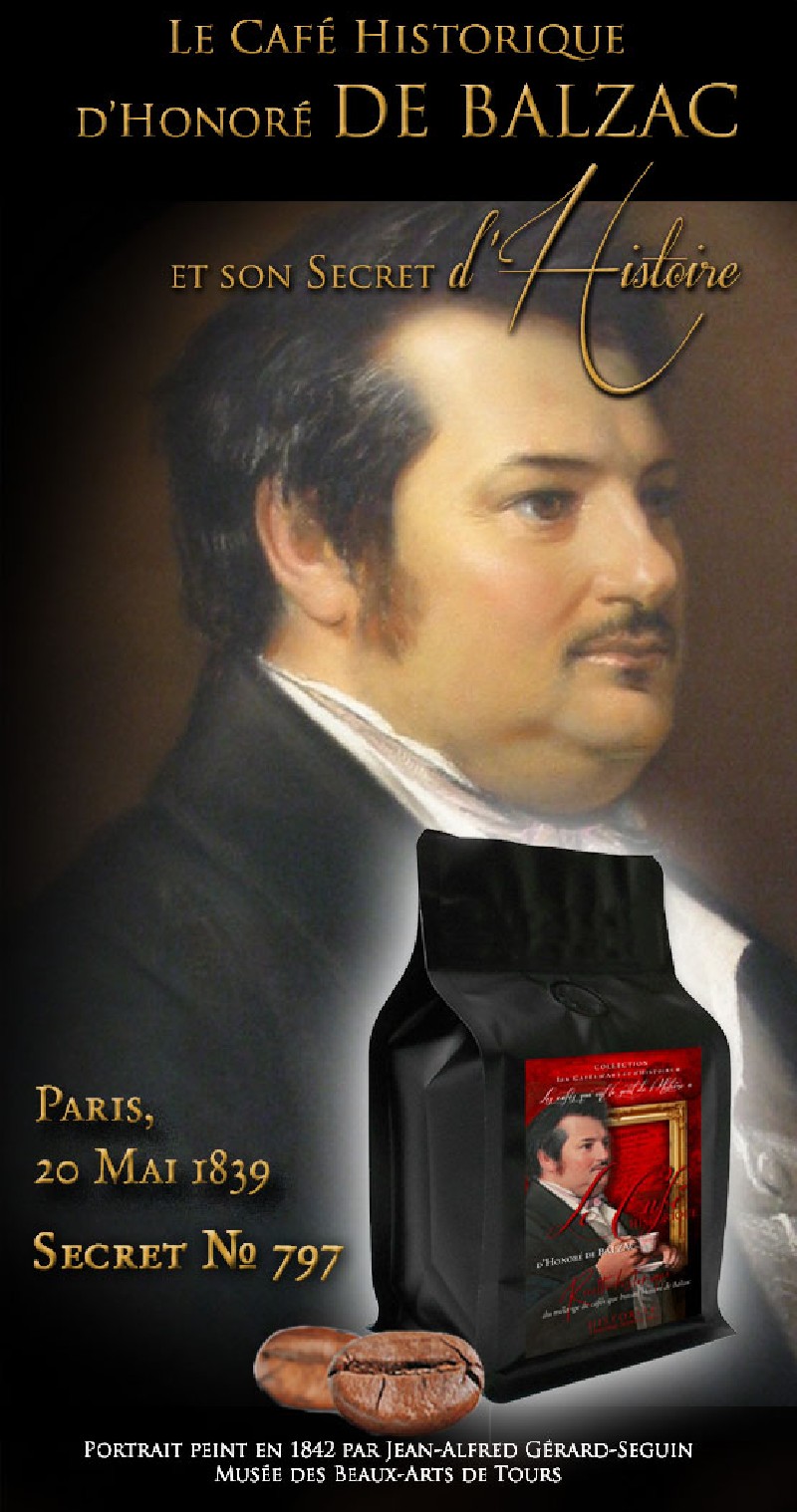 Paris, 20 Mai 1839
The Historical Coffee Blend «Honoré de Balzac, Paris 1839» is the celebrated coffee of Balzac, consumed in May of 1839, when Traité des Excitants Modernes was published.

The authentic coffee of Honoré de Balzac, roasted in the old way according to the traditions of the day. 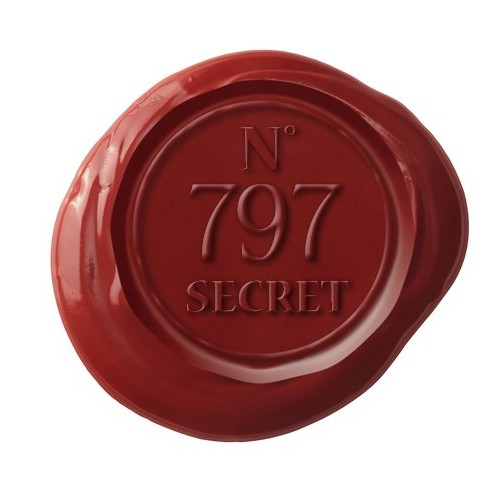 That day, Balzac celebrated his fortieth birthday and the publication of his ‘Treatise on Modern Stimulants’, in which he dedicated a chapter to coffee, his ambrosia, which he had consumed in enormous quantities for almost twenty years.

His bills were accumulating, but all his energy was devoted to his work and literary glory.

Balzac was a genius who, each night, following a flawless ritual, appealed to the 'coffee-inspiration, made according to the formula' to come to the rescue of his genius, like a shaman appealing to the spirits.

For Balzac, coffee was much more than a stimulant: it was the elixir of his inspiration, without which, he wrote several times, he was not able to create.

The Original Formula for Balzac's coffee

History has kept in mind that those who had the privilege of being invited to the coffee ceremony, presided over by Balzac, tenderly cherished the memory ever after.

Balzac was not only an immoderate consumer of coffee; he was also a conversant gastronome and an enlightened connoisseur of coffee. His correspondence reveals myriad references to his attachment to 'good coffee'.

If Balzac's consumption was quite eclectic, his preferences were inclined to a blend of colours. The most commonly cited source is the biography of Léon Gozlan, entitled Balzac in slippers (Balzac en pantoufles): 'the coffee was composed of three kinds of bean - Bourbon, Martinique and Mocha.' Edmond Werdet, who was Balzac's sole editor for almost two years, described the coffees from which Balzac's coffee was composed.

The above biographical citations are supported by several invoices conserved in the Lovenjoul collection, notably a summary invoice from 1832 which covered a period of eight months, payable to M. Le Baron de Balzac, which makes frequent mention of the purchase of coffee of Martinique, Mocha and Bourbon varieties.

But what was the proportion of each coffee in Balzac's blend?

During the composition of the Human Comedy, Balzac would have ingested in total:

- a cup every 17 minutes during his nights of work

"What a colour! What an aroma! He made it himself, or at least he always presided over the decoction. An expert, subtle, divine decoction, which was as much his as his genius," Léon Gozlan extolled in his biography.

To achieve this result, Balzac left nothing to improvisation: he used a unique cafetière and a meticulous dosage.

The Cafetière of Honoré de Balzac

Honoré de Balzac prepared his coffee in a cafetière that was said to be à la de Belloy (also à la Dubelloy and again Du Belloy or Dubelloire), which was gifted to him by Zulma Carraud in 1832 - that is to say, seven years prior to the publication of the Treatise on Modern Stimulants, in which he makes reference to it.

According to the Gourmand Code, as well as the majority of works of that era, good coffee was always prepared with a cafetière à la Dubelloy: "we proposed a thousand methods; we wanted to make coffee: without reducing it to powder, by infusing it cold, by grinding it in the Turkish way, by subjecting it to the autoclave, etc. etc.; all this beautiful creativity gave pitiful results; only one defeated all the rest, and that was the cafetière à la Dubelloy."

Balzac's immortal cafetière, the Master's faithful companion, made from Limoges porcelain, stamped with the initials "HB" and adorned with the Count's Crown of the Balzac d'Entragues family, reigns still on his work table, exhibited at the 'House of Balzac' in Paris, which, out of the novelist's eleven homes, is the only house to remain today.

The dose for Balzac's Coffee

Balzac most frequently drank his coffee black, that is to say without milk, very strong the majority of the time, and without sugar. Balzac liked strong coffee, associating as he did the intensity of the coffee in his mouth with its energising force.

Balzac's preparation of coffee was a thoroughgoing ritual: "With dinner finished, he attended to the serious matter of coffee, a remarkable coffee [...]. He made it himself religiously."

The dose recommendations for the preparation of the coffee using the cafetière à la Dubelloy, published in the appurtenant reference works, were all consistent: two to three ounces of coffee for 6 cups, which is approximately 10 to 15 grams per 12cl cup of coffee. This dose would be considered too strong for the majority of people today.

Balzac's legendary coffee will be savoured at its finest when prepared according to the methods of what is termed "gentle extraction", that is to say, filter extraction, using a cafetière à dépression. Nevertheless, Balzac's coffee also has an excellent savour when prepared with a cafetière à piston (French press) or served as an espresso.

The recommended dose today, for a preparation by gentle extraction, is preferably 6 to 8 grams per 12cl cup.

One could easily describe the coffee of the Grand Master by taking inspiration from Théophile Gautier's description of Balzac's eyes:

Balzac's coffee had a life, a light, an inconceivable magnetism. The nectar was pure, limpid and set like a black diamond that every now and then rich gleams of gold illuminated. It was a coffee capable of intimidating the gaze of eagles, of penetrating through walls and hearts, of striking down a rabid wild beast; it was the coffee of a Tamer, of a Ruler.