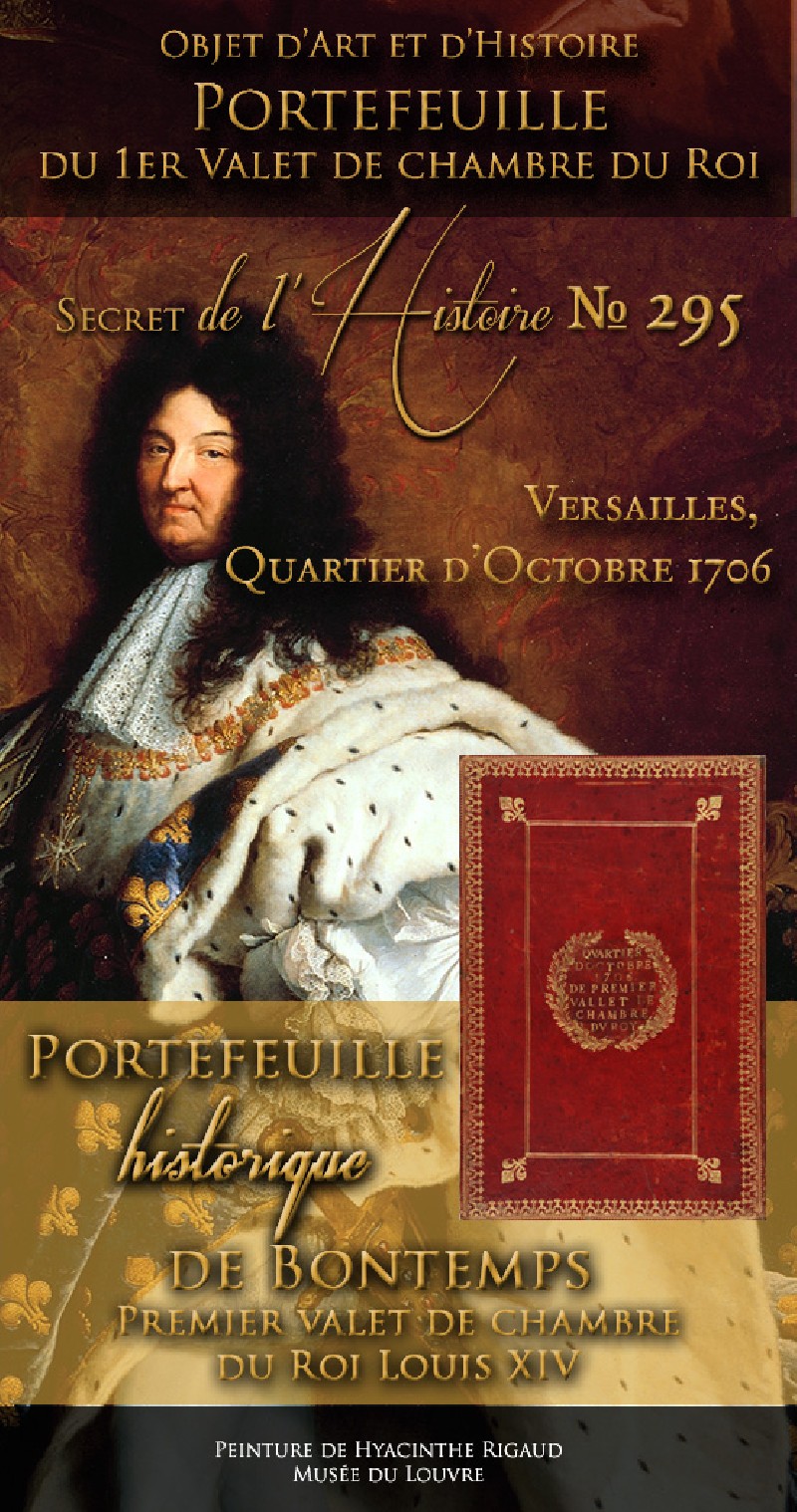 The Portfolio of the King's First Manservant

This product is no longer in stock

Reproduction of Art and Histoiry

The First Manservant Bontemps was the confidante of the King: 'Every order and secret message, every clandestine meeting that he set up with the King, the secret letters to and from the King, in short all subjects of mystery, passed through him,' writes Saint-Simon. 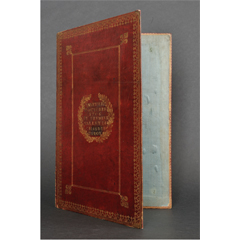 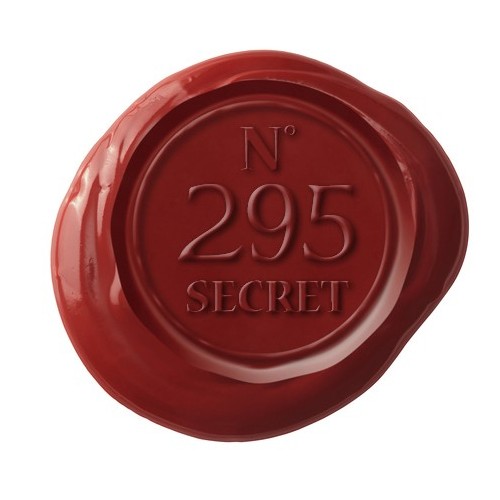 The Portfolio of the King's First Manservant

During the 'October Term' in 1706, it was Louis-Alexandre Bontemps, the son of Alexandre, and a member of one of the foremost dynasties of intimate royal servants, who held the post of First Manservant to King Louis XIV.

The Court at his feet

Among the courtiers of Versailles - that is to say, those who lived at the Court - moved emblematic and discreet characters: the King's Manservants. More than the chamber-pot carriers of the King, they acted as the monarch's own 'secretaries', the guardians of his most intimate secrets. Thus, the officers of the monarch's civil household were the sovereign's most intimate servants and formed a sort of screen between the King and his subjects. True personal secretaries that they were, they stood by Louis XIV's side in each of his actions and deeds.

Although he did not establish a system of etiquette at the French Court, the King perfected the rules put in place almost a century earlier by his Valois predecessors Charles IX and Henry III, and which dictated the behaviour that the courtiers should adopt before the King. The 'Officers of the Chamber' came as close to intimacy with the royals as was possible, and the first manservants even slept at the foot of the royal bed, a string tied round their wrists, the end of which lay next to Louis XIV in case he had any need of them during the night. This purely servile condition was counterbalanced by the full confidence which the King placed in them (for instance they acted as accountants for a strongbox of 300,000 livres during their term) and which systematically translated into the boon of numerous benefits: supplementary duties for them and their family, gratifications and various gifts, etc.

The Portfolio of Secrets

One can link the first manservants even further to the sovereign with the papers that were entrusted to them during their service, but also, doubtlessly, the notes and other secret orders that they received directly from Louis XIV. These documents were slipped inside the portfolio, one of the numerous specific, practical objects that the Court produced.

To the extent that it was for everyday use and destined to be replaced almost immediately, this portfolio conserves a rare character. A simple object of the profession, it was nonetheless richly decorated in red leather and blue tabis with large panels framed with a little wheel, and an internal frame with three gold threads, confined by four fleur-de-lys at the corners and an inscription in the centre: 'The Term of (month and year) of the King's Manservant' ('Quartier de [mois et année] de premier valet de chambre du Roy') framed by a crown of gilded bay leaves. In and of itself this portfolio indicates all the splendour that Louis XIV intended to bestow upon his Court, since this kind of object was entrusted to each of the four holders of the post of First Manservant during their term of service, that is to say, every three months.

The authentic portfolio of Louis-Alexandre Bontemps, son of Alexandre Bontemps, who is remembered in the History of France as the most renowned, the most courteous and the most appreciated of Louis XIV's First Manservants, but also the most feared by ministers and public persons.

He held his post for almost 42 years, from 1659 to 1701, with faultless loyalty and devotion, which earned him his own distinctive position among the Valets of the King's Chamber, of which there were four, each serving for one quarter of the year - that is to say, three months.

By way of compensation for his duties and the trust that the King placed in him, Bontemps was given certain benefits, including two apartments in the heart of the Château de Versailles, one situated in the Princes' Wing, the same as that of Mme de Montespan. Later this apartment would house Louis XIV's 'Cabinet of Curiosities' and then Louis XVI's 'Games Room'.

The affection of Louis XIV for Alexandre Bontemps grew to such an extent that he agreed to become the godfather to his son, Alexandre. When the latter got married, the King acted as witness and contributed financially to the costs of the reception.

It was therefore only fitting that, upon the death of his father, Louis-Alexandre Bontemps, to whom the portfolio presented here belonged, acceded to the role of First Manservant to the King, his godfather.

Place of conservation of the object: private collection.